Plenty (Alex Roepers, USA) won the Rolex Farr 40 world championship on Sydney’s Manly offshore course today with clever, conservative sailing for a third and a second in the last two races while his two closest opponents fell out of 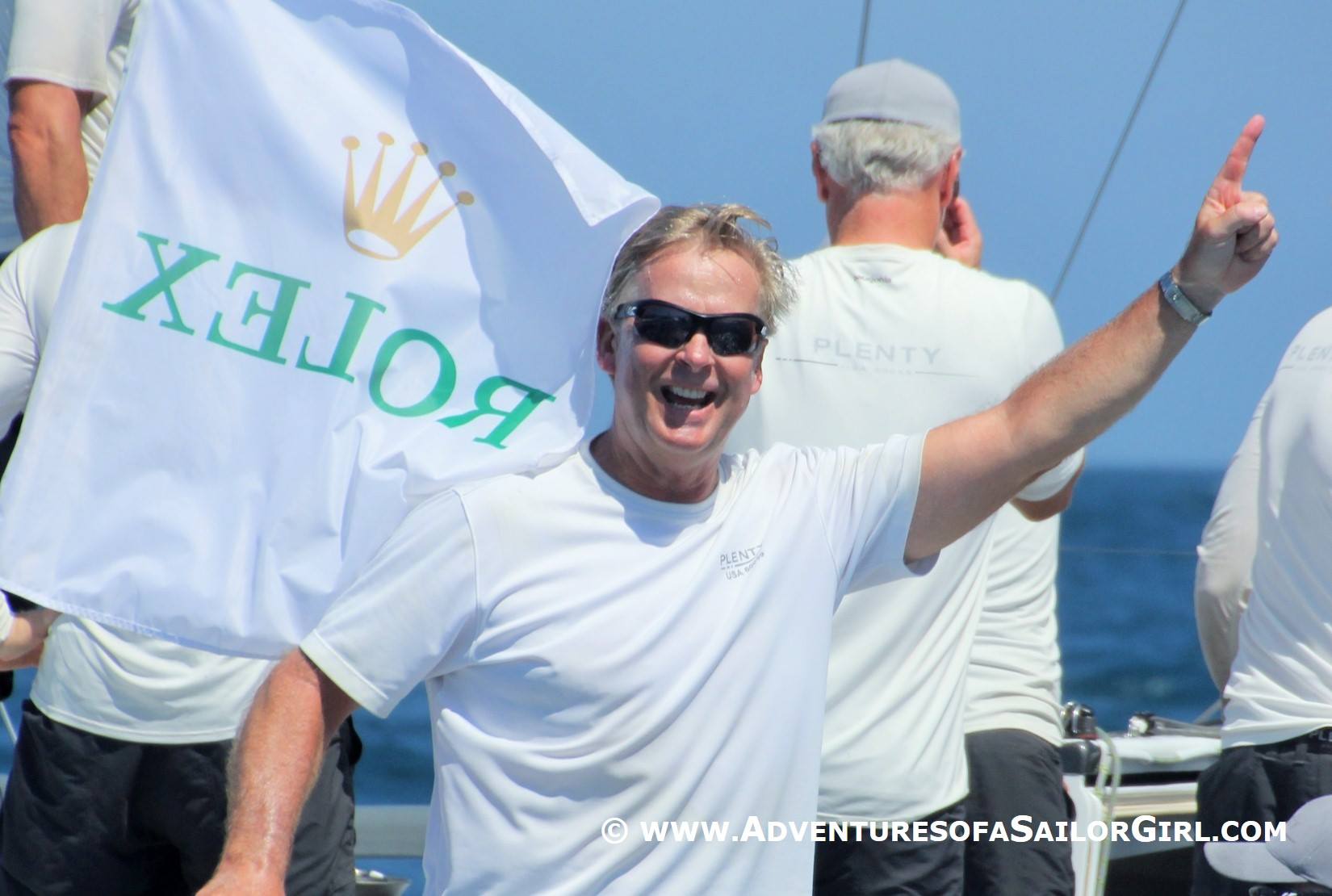 The concluding two races were sailed in a 16-18 knot nor’-easter, that raised a short chop on a moderate seaway, over four-lap windward-return courses on the offshore Manly Circle.

Flash Gordon (Helmut and Evan Jahn, USA), which had gone into the day equal second with Transfusion, dropped out of contention at the start of race 10, when she was judged to be over the line early and took some time to thread back to re-start.

Transfusion, from a good start with speed towards the pin end of the line, led around all marks to win from Estate Master (Martin Hill), which held second place around all marks, with Plenty third.

The win moved Transfusion from four to two points behind Plenty going into the last race.

Plenty, however, with clever starting strategy, knocked Transfusion out of contention soon after the start of race 11. After manoeuvring to the leeward end of the line away from Transfusion, Plenty sailed back in the last minute to plant directly under Transfusion as the fleet took off on starboard tack.

Plenty (Alex Roepers, USA) extended her points lead from one to four in the Rolex Farr 40 worlds today after three races in difficult wind and sea conditions on the offshore course, set north-east of the entrance to Sydney Harbour and conducted by Royal Sydney Yacht Squadron.

A light 10-12 knot breeze backed from south-southeast to east-southeast and held big differences in pressure. But the biggest problem for the fleet was the big, sloppy swell left over from the fresh southerlies of the previous two days, which made accurate steering and sail trim difficult, upwind and down.

Plenty, after 1-7-3 placings today, is on a total 29 points from nine races, followed by Flash Gordon (Helmut and Evan Jahn, USA), which had 4-5-5 placings today and Australian champion Transfusion (Guido Belgiorno-Nettis), 4-5-5 today, leaving them equal with Flash Gordon on 33 points.

Plenty (Alex Roepers), the 2014 world champion, held onto the lead with 18 points from 1-5-3 placings, by a point from 2012 world champion Flash Gordon (Helmut and Evan Jahn), which scored 3-1-2 placings for 19. Another point away is 2011 World Champion Transfusion (Guido Belgiorno-Nettis, on 20 from 1-5-3 placings.
Royal Sydney Yacht Squadron race officials took the option of moving the racing into the harbour because of the lumpy sea conditions on the preferred offshore course.

The south-east breeze in the harbour varied from 14-18 knots for the four-lap windward-leeward races, started in Chowder Bay with the windward marks in the southern end of Rose Bay, noted for its tricky wind shifts.

The top six boats on the scoreboard are within five points after three close races and mixed fortunes in a fresh southerly off the Sydney coastline in the opening day of the Rolex Farr 40 world championship, hosted by Royal Sydney Yacht Squadron.

Since its inception in 1997, the Farr 40 Class Association has had an Australian presence, with Sydney now in the spotlight as it serves as site for the 2016 Rolex Farr 40 World Championship on February 16-19. Royal Sydney Yacht Squadron will host the renowned event for the second time with a talent-laden fleet of 12 boats slated to compete in the four day, 11-race event.

Victoria native John Calvert-Jones was one of the original owners and the past class president would skipper Southern Star to victory at the 2000 World Championship. Calvert-Jones, who received a tremendous honor when he was named the first Life Member of the class, was the first of many owners from the Land Down Under.