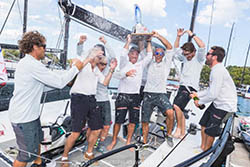 CHICAGO, IL (October 9, 2018): The culmination of the 2018 Farr 40 World Championship served up nail-biting competition, coming down to the final race of the event as Wolfgang Schaefer's Struntje light edged out Alex Roeper's Plenty who finished a critical two boats behind nullifying their two-point lead. One of the two boats was the Corinthian Champion, Leif Sigmond and Marcus Thymian's Norboy, capping-off a dominant performance over the Corinthian fleet.

The final day of racing at the 2018 Farr 40 World Championship saw the least amount of breeze and flattest water with unseasonably warm temperatures for fall in Chicago. With southerly winds dipping below 10 knots, teams who excelled in the lighter conditions established themselves early.

Struntje light and Plenty entered the day tied at 27 points. The German boat established themselves early, seemingly putting the Championship title in the bag after Race One as they moved up the standings three points ahead of Plenty. However, all plans were cut short when they finished a brutal ninth place in the second race, preventing early celebrations and handing the lead to Plenty.

CHICAGO, IL (October 8, 2018): Competitors at the Farr 40 World Championship have emphasized that consistency is key and that is what Alex Roeper's Plenty had going for them today. Day Three's racing has both Plenty and Wolfgang Schaefer's Struntje light tied at the top with 27 points. Chicago's weather swung 180 degrees overnight to a shifty southerly breeze bringing unseasonably warm temperatures and flat seas. Unfortunately, the oscillating air refused to settle, bringing an early end to the day after only two races.

The first race dethroned and derailed Alberto Rossi's Enfant Terrible when they tacked within the three boat lengths circle at the first windward mark trying to shoot the mark and edge out Plenty. Plenty protested, and Rossi's team went into their penalty turns just outside the windward mark. The Italian team couldn't regain their ground as the rest of the fleet slipped past for the remainder of the day.

"If you get a protest in those conditions, you're in trouble," sympathized Roepers. "You've got a lot of boats coming at the same time and you have to step out to do your 720. It takes tremendous mental toughness and good luck to come out of that."

Luck wasn't on the Italian team's side as they continued to fall in the rankings sliding seven points behind both first place Plenty and second place Struntje light. "We are fast downwind, but today, we went to the right side and it turned out to be the slow side," said Struntje light's owner Wolfgang Schaefer. "We were quick upwind, though. We were usually leading at the windward mark, but we couldn't bring it home at the end."

CHICAGO, IL (October 6, 2018): The point spread grew at the top of the Farr 40 World Championship leaderboard on Day Two with Enfant Terrible finishing at the front of the fleet for while Plenty fell to third. Three races were run in a confused sea state of 4-6 foot waves with wind decreasing throughout the day from 16 down to 11 knots.

Hailing from Australia, Gordon Ketelbey's ZEN had never raced in Chicago prior to this year's Worlds. "So far it's been cold, wet, rainy and very windy," said Ketelbey. "I was downstairs when we left the harbor today and I felt the bump-bounce-bump-bounce. I said to myself, 'Here we go another day in Chicago.'"

At the top of the leaderboard, Alberto Rossi's Enfant Terrible now holds a four-point lead on Struntje light and eight-points on Plenty going into Day Three, despite losing their footing in the third race. "For the first two races we had fantastic starts and we were able to maintain our position for the whole race," said Rossi. "For the third race, we had a good start, but we were a little close to other boats so we couldn't follow our planned course. We - and several other boats - made the mistake of using the S1.5 instead of the S1 spinnaker as well."

CHICAGO, IL (October 6, 2018): Patience paid off for Day 1 of the Farr 40 World Championship Day 1 in Chicago, Illinois. After a brief shoreside postponement, the fleet headed out for steep waves and winds of 15-20knots. The northeast winds brought in the standard cooler air with storms threatening on the horizon.

Chicago Yacht Club's Leif Sigmond and Marcus Thymian's, Norboy, leads the Corinthian fleet only two points ahead of Gordon Ketelby's ZEN. Consistency has proven key for Norboy as they raced the season with the same crew for the NOOD, Mac, Verve and, now, Worlds. "I almost wish we weren't leading the Corinthian fleet after the first day; I think it makes it a little rougher," said Sigmond. "I think we can win these regattas by being consistent and not trying to knock the ball out of the park every time; we want some nice doubles and triples. We're just trying to get on base and score."

Alberto Rossi's Enfant Terrible set the tone early on Day One with a finish extending several lengths ahead of the fleet in Race One. "The fleet is so similar that the situation changes quickly," said Rossi. Unfortunately, in the second downwind of Race Three, a windward-leeward penalty with Plenty caused Enfant Terrible to tumble two points while the four-time World Champion moved into first.

Hometown favorite Helmut and Evan Jahn's Flash Gordon 6 was noticeably absent from the leaderboard, but made a comeback in Race Three of the day when they dialed in a solid start to take off with their first win and top three finish of the event. The move was much needed as they jumped from sixth to fourth in the standings tied at 16 points with fellow Chicagoan, Norboy.

The 2018 Farr 40 Worlds Championship Regatta Headquarters will be at:

Thank you to our sponsors! 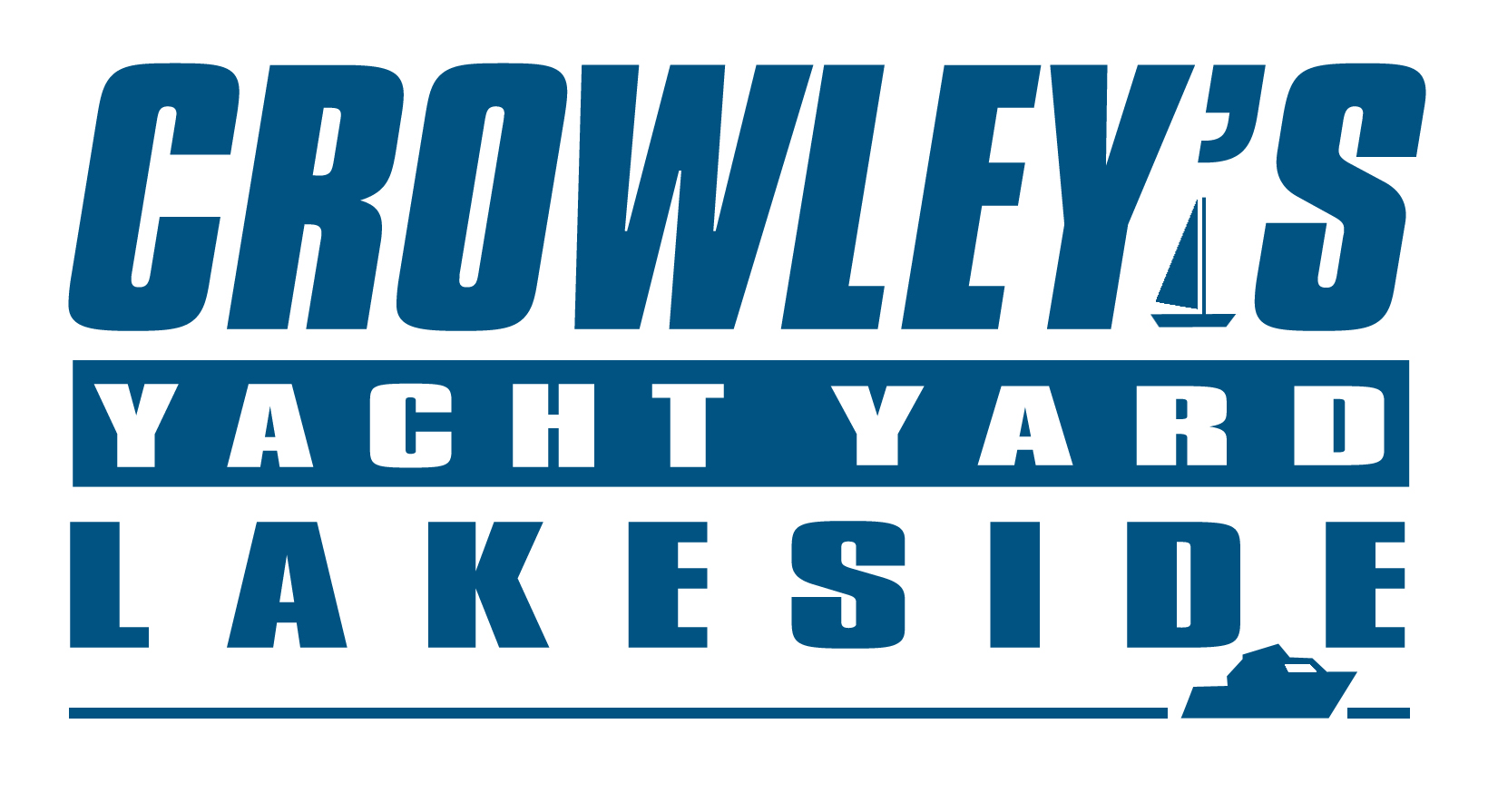